At its best, this opaque stone is a glorious deep blue flecked with gold flakes of iron pyrites. The name comes from the Latin lapis for stone and lazulum from the Persian word meaning azure. Lapis, as it is usually called, is thought to be the stone referred to as a sapphire in the Old Testament. There it is described as being ‘sapphire sprinkled with gold dust’, an apt description of lapis lazuli. The ancients believed that blue stones, being similar in colour to the heavens, attracted insight and understanding. For this reason, Egyptian judges wore pieces of lapis carved into a likeness of the goddess Ma, who represented truth.

According to a prescription written in 1600 BC, lapis lazuli was one of the ingredients in a remedy for cataracts. From The Healing Power Of Crystals By Cass & Janie Jackson The color of lapis lazuli varies from greenish-blue to a rich purple-blue. Dark intense blue is the most prized color. The rock was powdered for the pigment ultramarine.

The name lapis lazuli is derived from the Persian word lazhward, meaning blue.

Lapis lazuli has been mined in Afghanistan for over 6,000 years. The mines were described by Marco Polo in 1271. Light blue boulders of lapis lazuli are found in rivers on the southern end of Lake Baikal, Russia. 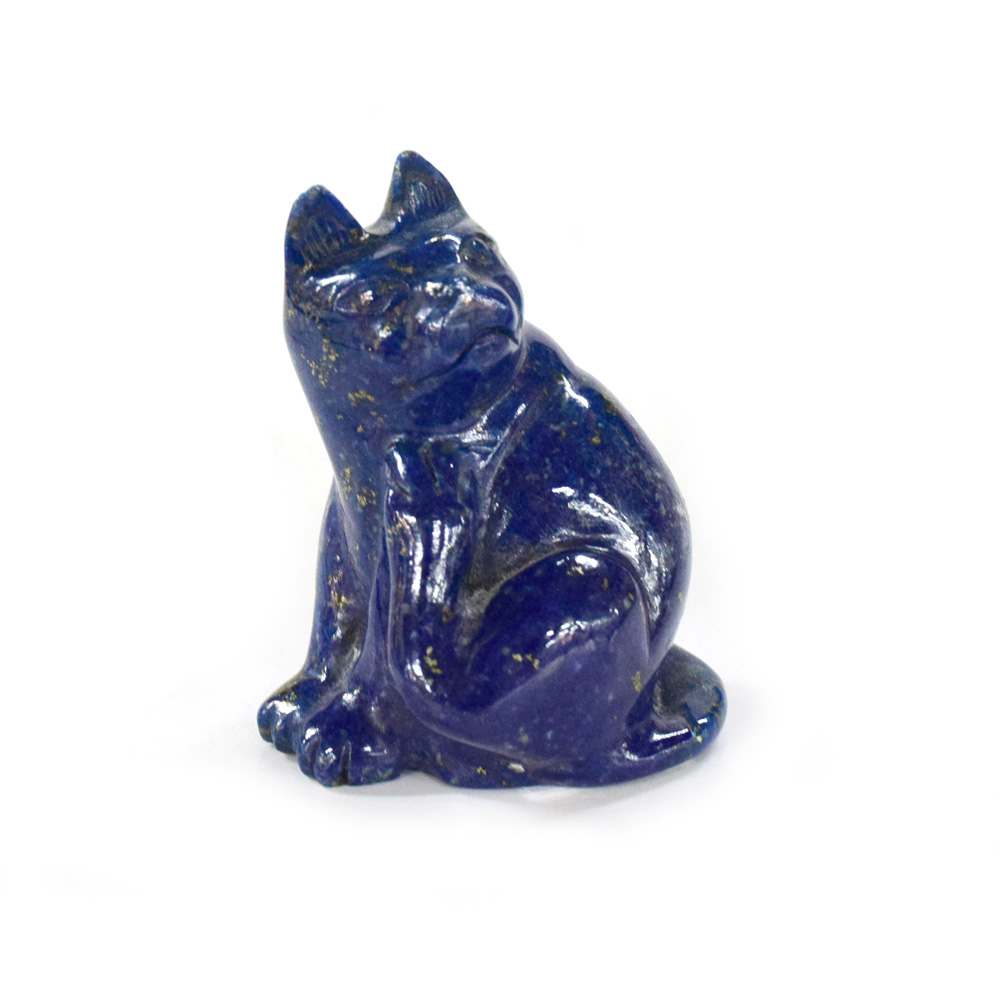 A paler-colored lapis lazuli is mined in the Chilean Andes. A very dark lapis lazuli was found in the Colorado Rockies in rocks formed by contact metamorphism; it contains pyrite but lacks the textures and hardness of good lapis. Other localities include California, Myanmar (formerlyBurma ), Angola, Pakistan, and Canada. Canadian lapis lazuli is blue-gray, with patches of bright blue and white, and contains pyrite, but is not used as a gem material as it is porous and does not take a good polish.

Lapis lazuli is an opaque mineral and is therefore usually cut en cabochon or used as seal stones, beads, small carved
objects and inlay material. Lapis lazuli has been imitated by blue-stained jasper (“Swiss lapis”), which can be recognized by its lack of pyrite inclusions.
Imitations are also made using glass with copper inclusions and by coloring synthetic spinel blue by cobalt. Crushed lapis lazuli with included pyrite is bonded with plastic and some is dyed, but these are recognizable as nail varnish will remove the dye.

A Gilson “created” lapis lazuli was produced in the mid 1970s. Although the color is similar, the density is lower, and the porosity higher than true lapis lazuli. The pyrite inclusions also appear far too regularly arranged. Imitations can all be recognized by their lack of a whitish glow under longwave ultraviolet light.